How To Create Google Forms Reports and Visuals in 6 Steps

Google Forms is one of Google Suite’s best tools. What’s not to like about a free and easy survey builder? If you use Google Forms, you probably also appreciate how you can save responses in a Google Sheets spreadsheet.

That’s why we created this guide—to help you make the most of your survey data. Let’s dive in.

If you want an easy way to build your own reports from Google Form responses, try Kloudio. Kloudio offers a report builder that processes SQL and non-SQL queries from Google Form surveys, contact forms, registration forms, and more.

Each Google Forms report can be viewed through Kloudio or exported for easy sharing. The report builder was designed to be a fully functional alternative to manually generating reporting visuals from Google Forms.

How to Create Google Forms Reports in 6 Steps

Building Google Forms reports and visuals starts as soon as you begin designing your Google Form. For instance, if there are specific responses you’d like to display in the form of a graph, Kloudio recommends the use of a scale or multiple-choice questions.

(Why does choosing your question type matter if you’ll get the same responses? We’ll explain in the following steps.) For now, consider multiple-choice questions the easiest way to gather a variety of responses with consistency. Because you set the choices, you already know all the possible responses.)

On the other hand, if you use a short answer format—even a simple question like “What is your company size?”—you’ll likely receive varying answer formats. Responses could be “121 employees, 121, 100+” and so on. This variance makes it difficult to create consistent reports and visuals.

You’ve collected all your data, and now, you need to choose where to store responses. To create Google Forms reports and visuals, store your survey data in Google Sheets. You should be able to view your questions and responses in this format.

Once all your responses are in Google Sheets, name your data range for different types of data. For example, if your question was “What’s the date?”, then you might name the data range “Date”. To do this, highlight the column of data and select Data > Named ranges… When the text box appears on the right, enter the name of your data range.

Open a new tab in your Sheets document. List all the possible responses to your first Google Forms question down Column A. Ensure that the Google Forms responses you are entering match the exact wording of those you had in your Google Forms survey. (See why it’s helpful to use multiple-choice questions vs. open-ended questions?) 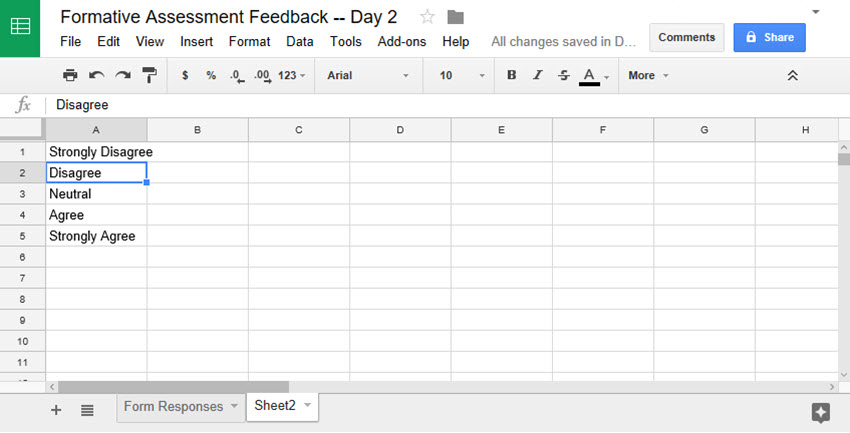 Note: You’ll need to enter a new tab for each question from your Google Form survey.

To complete the formula, enter =countif([NAME OF DATA RANGE, A1), where the name of your data range is what you chose in step 2. Once you’ve computed the total for row 1, drag the formula down the remaining rows.

5. Create a report or visual from your Google Forms data.

Highlight all the cells in the new tab and click Insert > Chart. You should see the Chart Editor appear, where you can select what type of visual report you’d like to use.

Select Customize in your Chart Editor to give your visual a title, y-axis label, x-axis label, different colors, and more. Once done, select Insert to put your Google Forms visual report right in the Google Sheets document.

Create Your Own Google Forms Report

Spreadsheets are incredibly powerful tools. (Our research has shown that 84% of business users prefer spreadsheets for last-mile analysis, despite having access to business intelligence tools.)

Even more so, Google Sheets plus Google Forms creates an unstoppable combination. Follow these six steps to create your own Google Forms reports and visuals…or, use the Kloudio Google Forms add-on to speed up your analysis. Create your free Kloudio account today to get started. 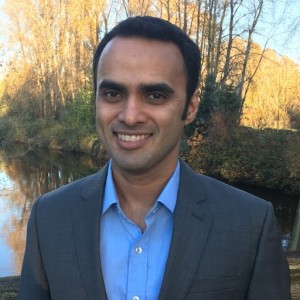 Krishna Bhat is the co-founder and CEO of Kloudio.
More from this author

Data Privacy and Personally Identifiable Information: All You Need To Know

Modern businesses mine market demographics data to curate a personalized service for their users and customers to secure Personally Identifiable Information (PII). These enterprises must…

How can an Enterprise Data Management Platform Help Organizations?

The 5 Best Tips To Ace Your Data Warehouse Selection Process