How to Set Up Easy MongoDB Reporting

Many MongoDB users share one challenge—MongoDB reporting. Since MongoDB became a popular database for developers, enterprises have leveraged it to improve development times. But, due to the high volumes of some data sets, reporting is still a challenge for some.

Enterprises and high-growth companies know they need analytics from MongoDB data—but how do they secure that information? We wrote this guide to help. Here’s how to set up easy MongoDB reporting so your team can better access, prepare, and act on your data.

If you didn’t know, MongoDB data can be moved into SQL-friendly databases or reporting tools that allow for quicker exporting and querying. For instance, Kloudio is a self-reporting platform that doesn’t require SQL knowledge to build reports and sync data to Excel or Google Sheets.

This means that you only need to set up the connection between MongoDB and Kloudio once, and MongoDB data will be synced to your preferred destination on schedule. Moreover, Kloudio offers bi-directional syncing so you can move data from MongoDB to your database and from your database back to MongoDB to quickly build SQL queries and reports.

Why can’t you set up direct reporting from MongoDB? After all, isn’t it more efficient to process data directly from the source?

Theoretically, yes. Unfortunately, that’s not an option with MongoDB. Here’s why:

So, it’s not recommended to report directly from MongoDB. (And we’re not just saying this because we can help you connect and report on MongoDB data with Kloudio.)

Moreover, you’ll find that reporting directly means you won’t be able to leverage SQL to build reports or support team members that don’t have technical backgrounds yet need access to the same data. After decades, we still believe SQL is the go-to solution—yet it’s rare that every member of your team knows SQL. Kloudio is a great MongoDB reporting tool for teams with both knowledge levels.

The purpose of setting up MongoDB reporting is to maximize the number of queries your team makes in record time—meaning queries are being sent to an SQL reporting platform, Microsoft Excel, Google Sheets, or another destination of your choosing.

MongoDB can be complex to use for non-technical teams, but that shouldn’t stop them from leveraging this data for decision-making.

Select a data reporting platform that enables data processing—not hinders it. Spreadsheets are by far the easiest way to start. Create a free Kloudio account to tee your MongoDB reporting in action. 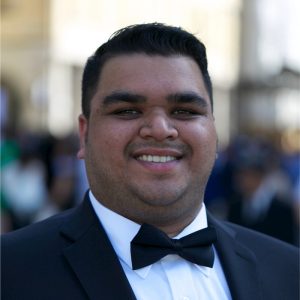 Ankush Rustagi is the VP of Product at Kloudio.
More from this author

PostgreSQL vs MySQL: What You Need to Know

Decode the differences between PostgreSQL vs MySQL

The Importance of Data Pipelines Within an Organization

Understand the difference between a data pipeline and a data stack to gain valuable insights.

SQL vs NoSQL: Benefits, Challenges, and Use Cases

Learn the differences, pros and cons, and use cases of SQL vs NoSQL.

Establish a difference between data reporting and data analysis with the respective tools for each segment.

Explore how analysts and data leaders can use a data governance framework to ensure data governance across the organization without sacrificing data accessibility.
All articles loaded
No more articles to load